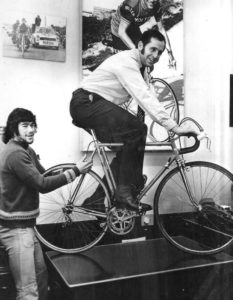 The prehistory of South African hand-built lightweights goes as far back as the 1860s, and tantalising mentions of boneshakers which may have been locally crafted. One was fitted with a lugsail, which came in handy in the windy Cape. True lightweight manufacture began in earnest in the 1890s, with the rise of the Springbuck Cycle brand, launched by Donald Menzies. Then came a long lull in lightweight construction. It lasted until immediately after World War II, and the advent of Hans Huth, of the Johannesburg cycle firm Deale and Huth.

He had been importing from the UK, where Dan O’ Donovan, with his sons Ivan and Gerald, were turning out 531 Carlton frames with aggressive geometry and jewel-like plated finishes. The O’ Donovan family helped Hans Huth to import 531 tube sets, and encouraged him to build his own frames, under the name DHC. Stars like Bobby Fowler, Jimmy Swift and Tommy Shardelow rode DHC frames in Olympic and Commonwealth Games; on the local track scene, Abe Jonker and Jan Hettema set up world marks for the 1000 metres. For a decade, the DHC marque ruled.

But Hans Huth was getting old, and in 1963 DHC was sold to Basil Cohen, who proceeded to expand, innovate and boost black cycle sport during the difficult apartheid years. Meanwhile, the O’ Donovans were thriving after the Raleigh takeover of Carlton. Ivan ran the vast South African Raleigh factory; in the UK, Gerald headed the TI Raleigh “skunk works” where experimental racing frames were built in secret.

Basil Cohen continued to boost the sport and expand the DHC marque over the next thirty years, with a whole stable that ranged from “fairy cycles” to top professional kit. Many of these marques came from a small factory to the north of Johannesburg at Babelegi, where Gotti Hansen held sway. He produced his own marque, which was Hansom, plus frames of all sorts for clients. DHC owned the brands Le Turbo, Strasse, and Zini.

Independent builders thrived in the seventies and eighties. In the Cape, bespoke models were turned out under the Lejeune label by Francois Du Toit. The Peter Allan and Alpina brands were crafted by a talented young Scot, Duncan McIntyre, who had switched from competition to construction. Then came Bill Lange, who had trained with Patorek in the US. An IT expert, he fed customers’ details into a computer application he had written, and pioneered silver-brazed frames in 753 tubing.

The Golden Age seems to have faded by the mid-80s, but collectors who are on the lookout for South African frames can trust the marques mentioned above. 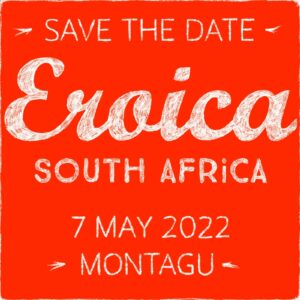 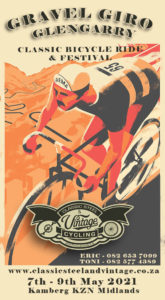