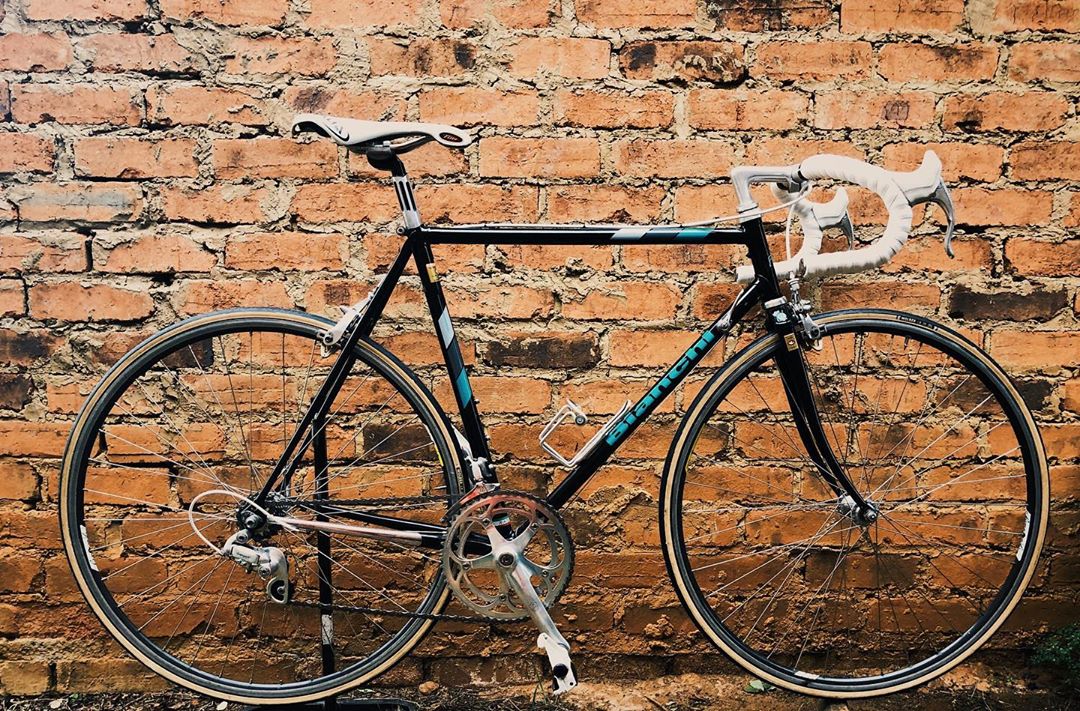 Bianchi built 3 identical framesets that year and finished them differently for 3 different models. The Mondiale painted Celeste and equipped with Campagnolo C Record , Specialissima also in Celeste with Chorus groupset and the Giro. The Giro was immediately distinguishable from the other 2 models being black. It was kitted out with Campagnolos Athena groupset. 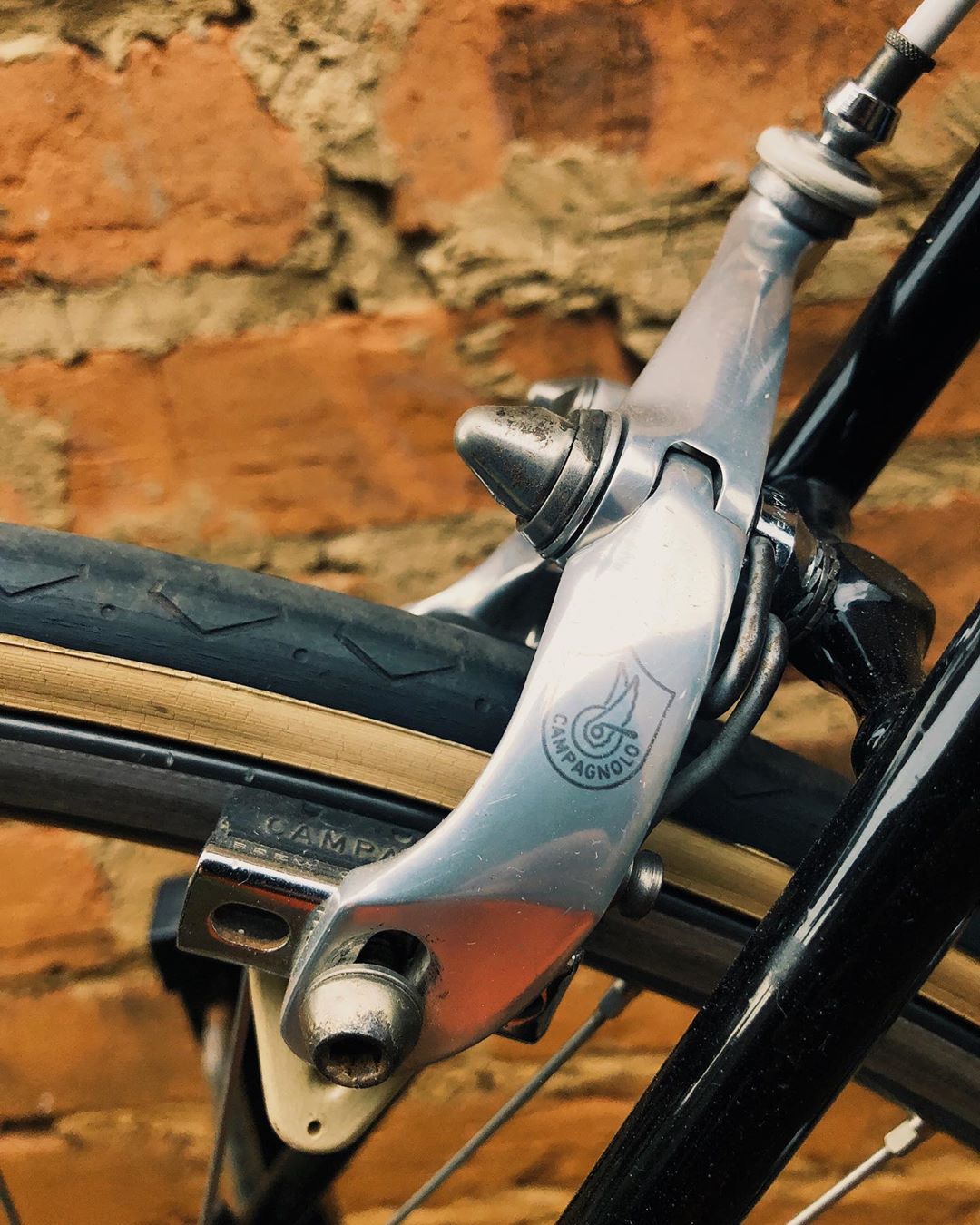 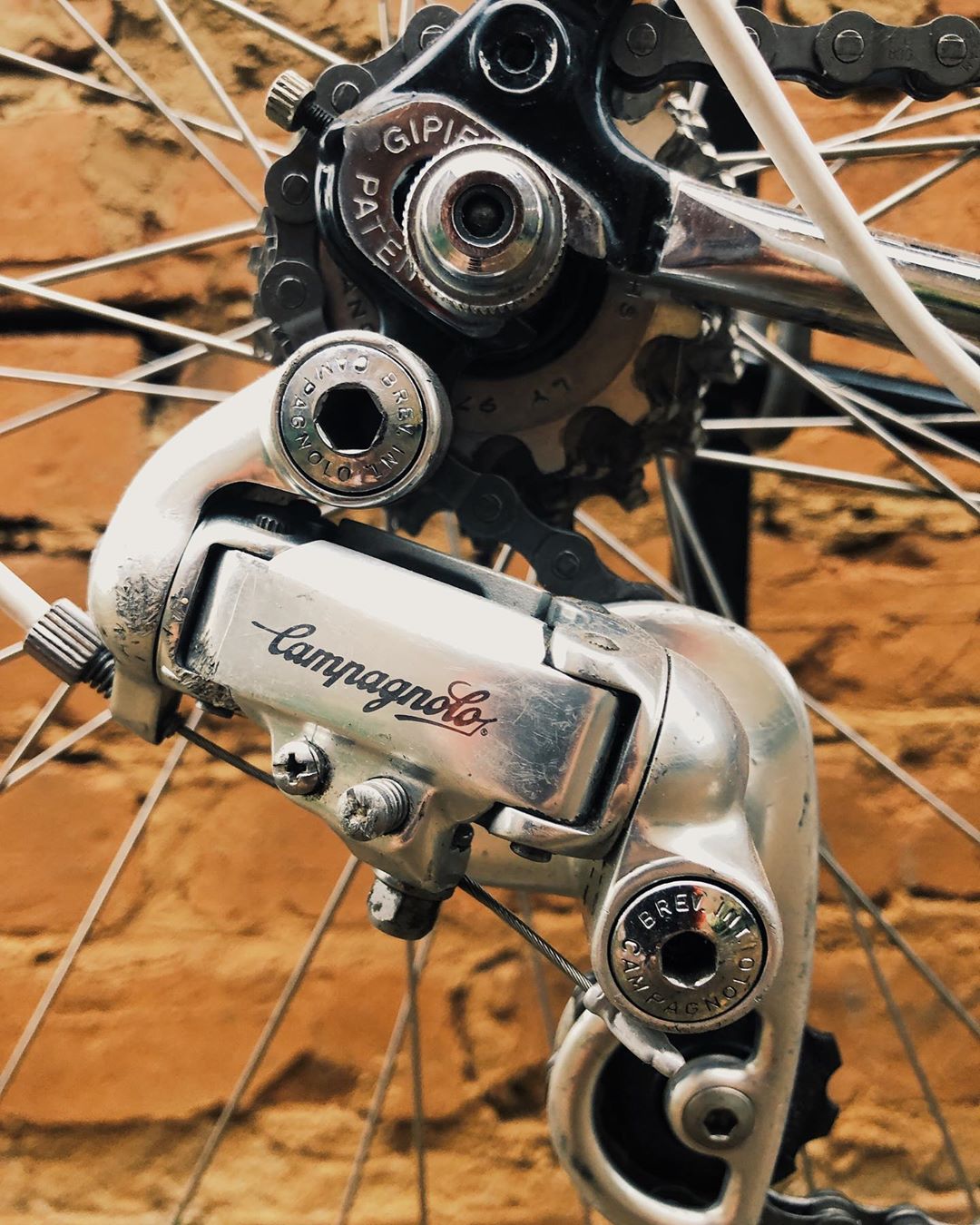 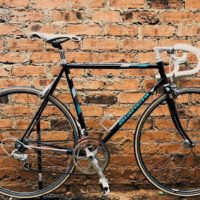 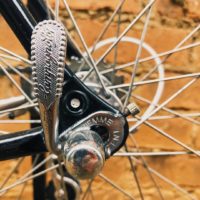 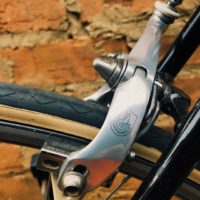 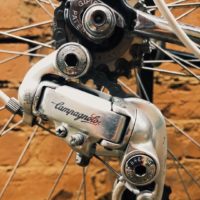 This particular bicycle belonged to my father and he acquired it from Dave Wiseman cycles in Durban in the mid 90s. When he bought it , the frame had been built up with a Campagnolo 8 speed groupset which was still on the bike when I took it over from him last year. The paint was in exceptionally good condition for its age.l decided that I wanted to fit an age appropriate groupset to the frame. I had an 89 Campagnolo Chorus groupset available ( which would have been fitted to the Specialissima ) so decided to use that. The rear derailleur needed some love. Both jockey wheels were broken , so I replaced them with the ones from the 8 speed rear derailleur which I had taken off the bike. Being black rather than white , I will look to replace them at some stage. I was also missing a bolt for the derailleur which attaches the cage to the derailleur body which had been irreparably damaged at some stage. I found one on EBay. Derailleur repaired , I was ready to fit the groupset.

Some of the components show some scratches from their previous life but are fully functional.
I rebuilt the back wheel with a used rim that matched the front as the rear rim was damaged. Both wheels again show some wear and tear but are in sound working order.
I will swap the saddle out at some stage for another. I wanted a white saddle but only had the Flite available. This will be replaced by a white Rolls or Turbo when I find one.
The bars are Cinelli Giro d Italia which were fitted to the bike from the outset. My favourite bars for an 80s/90s bike. 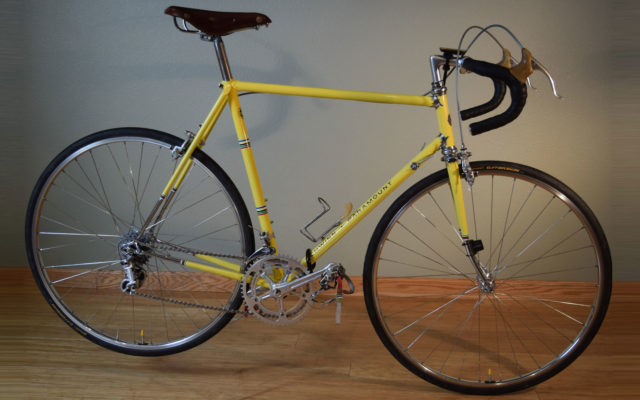 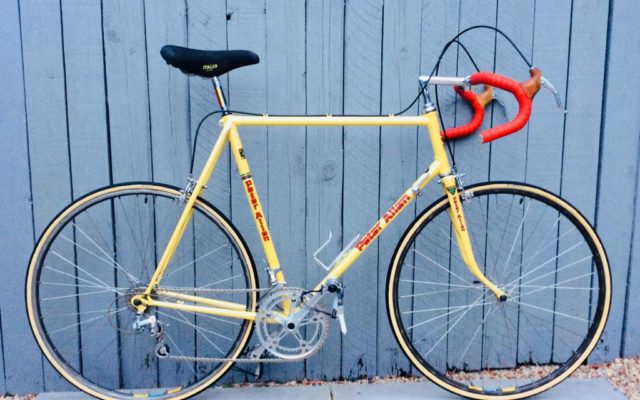 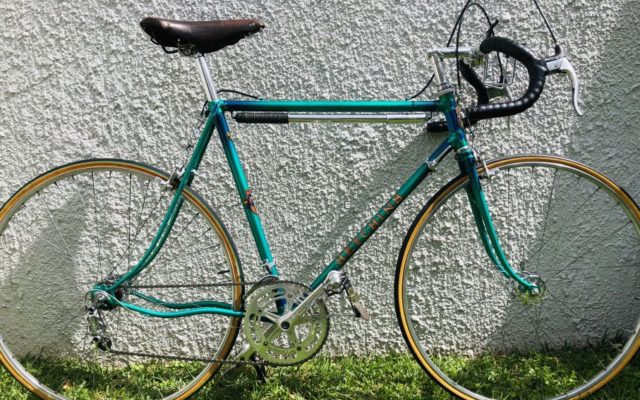 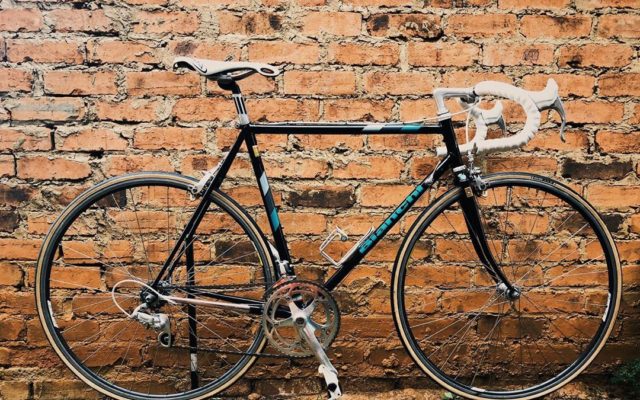